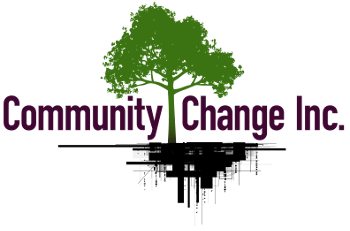 Community Change Inc. offers public discussions, events and workshops on antiracism related topics as well as serving as a host for local events sponsored by CCI affiliated programs as well as local and regional groups. Events and forums are one of the primary ways CCI serves as a catalyst for antiracist learning and action.

These programs range in size from our monthly Antiracist Lunch Discussions generally attended by 15 – 40 people, to larger events and forums reaching audiences of over 300 people. The events provide opportunities for learning, networking and action on issues of structural racism in Boston and beyond. Occasionally we do host events in Northern New England. Please check our Calendar regularly to find out what our latest offerings are for the month.

Since 1968, Community Change Inc. has served as a community for white people and their multiracial allies to come together to learn about systemic racism and to fight against it. To dismantle the oppressive ties of whiteness that threatens both white and non-white humanity. Our programming has always had a learning component because learning is central to our core work.

In recent years though, as talk of white privilege and  institutionalized racism has become increasingly mainstream. It is clear that CCI’s role has needed to shift as a new generation of anti racist activists are coming into their own especially in the era of the Black Lives Matter movement.

Recognizing that new technologies allow for anti-racist learning to occur in far more locations than our traditional programming has been able to reach, CCI is moving into the role of a legacy organization supporting the work of emerging white anti-racist activists and groups organizing within the greater Boston area. These groups are official programs and affiliates of CCI that are working hands-on with people to dismantle institutionalized racism. We now call our core programming “The Work” as this is the work that is needed to create the changes that CCI founder Horace Seldon envisioned in 1968. All programs work under the guidance of CCI leadership and are accountable to CCI values and mission as well as making sure that whenever possible they are celebrating and following the leadership of Black and Non-Black People of Color and working together when feasible. While some of the emerging programs are run solely by CCI staff, others are ran with CCI oversight but function autonomously in their day to day operations.

This initiative of CCI was created by staffer Myrna Morales as a way to introduce CCI’s work to a younger generation of people who see racism as a white problem and/or are interested in learning about the systemic role of whiteness in our society. The Knapsack meetup group hosts weekly events with the majority of them held at CCI.  For more information on Knapsack events and to sign up for events, please go to the meetup site.  The Knapsack group is governed by a leadership team that meets regularly to plan events and discussions in consultation with CCI. 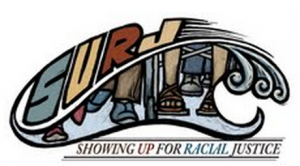 SURJ is a national network of groups and individuals organizing White people for racial justice. Through community organizing, mobilizing, and education, SURJ moves White people to act as part of a multi-racial majority for justice with passion and accountability. We work to connect people across the country while supporting and collaborating with local and national racial justice organizing efforts. SURJ provides a space to build relationships, skills and political analysis to act for change. SURJ has emerged as a national leader in mobilizing white people to action and, in the summer of 2015, CCI made the decision to become the Boston affiliate chapter of SURJ. This relationship allows CCI to have a direct pathway for white people to activate beyond the learning process to taking action in their communities as well as responding to the needs in Boston.

SURJ-Boston is housed within CCI and operates with an internal team “steering committee” comprised of 6 people who rotate positions, and the group operates under the direct guidance of CCI staff. The group currently meets monthly; for more information, please contact CCI directly and don’t forget to look at the calendar for meeting dates and times. For more information please contact us at: SURJ@communitychangeinc.org

Visit the SURJ-Boston website for more information. For meeting information please visit our Event Calendar or our Facebook page.

A monthly gathering of white people coming together to create a community that supports white people working to dismantle whiteness. Please check our calendar or call CCI for dates and location.
We are continuing to add programming, the best way to stay up to date is to get on our mailing list.

A 5-week grassroots course that brings people together to examine white privilege and racism in order to galvanize them to anti-racism action.

Course description: People of all heritages/identities are welcome to join us as we focus on the role of white people in dismantling racism and building a just society. We’ll examine the impact of white privilege and how unawareness of that advantage helps perpetuate racism. We’ll discuss short readings and share everyday situations in which we did not speak up effectively against racial bias. Using role-playing, we’ll work out effective ways to respond. Participants will develop specific plans for challenging racism, in your workplace, organizations, community, and personal circles. You will be encouraged to find other people in your life who can provide support and serve as allies in your efforts.

Visit the WPCR website for more information and to register for WPCR classes.

Anti-Racism Organizing in the Suburbs (AROS) is a project of Community Change Inc (CCI). This project is rooted in the critical mass of suburban people who want to take collective action to dismantle white supremacy. The project’s goal is to help white people in the suburbs take action to dismantle white supremacy and participate in the larger struggle for collective liberation.

The initial AROS project was a joint collaboration with Winchester Multicultural Network. The objective was to co-host a convening to create a “network” to coordinate actions, activities and develop an infrastructure that supports racial justice work in that region.

On April 28th, 2018 over a hundred people from predominantly white suburban communities North of Boston participated in the first convening of groups doing anti-racism organizing work in the suburbs (AROS) at Melrose First United Methodist Church on Saturday, April 28th. The goals of the gathering were to create greater capacity for movement building, improve alignment for joint campaigns, and strengthen shared resources for effecting systemic change in suburban communities. Organized by local residents committed to doing antiracist work and staff by Community Change, Inc. and the Winchester Multicultural Network (WMCN), the day’s events included a keynote by the well-known organizer and author George Lakey and workshops on a variety of topics highlighting systemic racism and inequity. 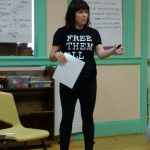 George Lakey challenged the crowd to think critically about how to leverage the current political polarization in our country as a positive force for change, reminding everyone that “to bend iron, the blacksmith must first make it volatile.” He emphasized the need for sustained campaigns that include both economic and racial justice to create long-lasting generational change. Local organizers included Claudia Fox Tree leading a workshop on eliminating harmful Native American stereotypes, Atara Rich-Shea, Director of Operations with the Mass Bail Fund, and organizer Martin Henson from Black Lives Matter Boston sharing how to support the current Deeper Than Water campaign demanding the immediate provision of clean, safe, free, healthy water to prisoners affected by contaminated water.  Other topics covered included: affordable housing, white people’s role in challenging white supremacy, street outreach in white communities, and building successful local campaigns.

Leadership Awards honor the work of individuals within three categories, each appropriately recognized with its own award: 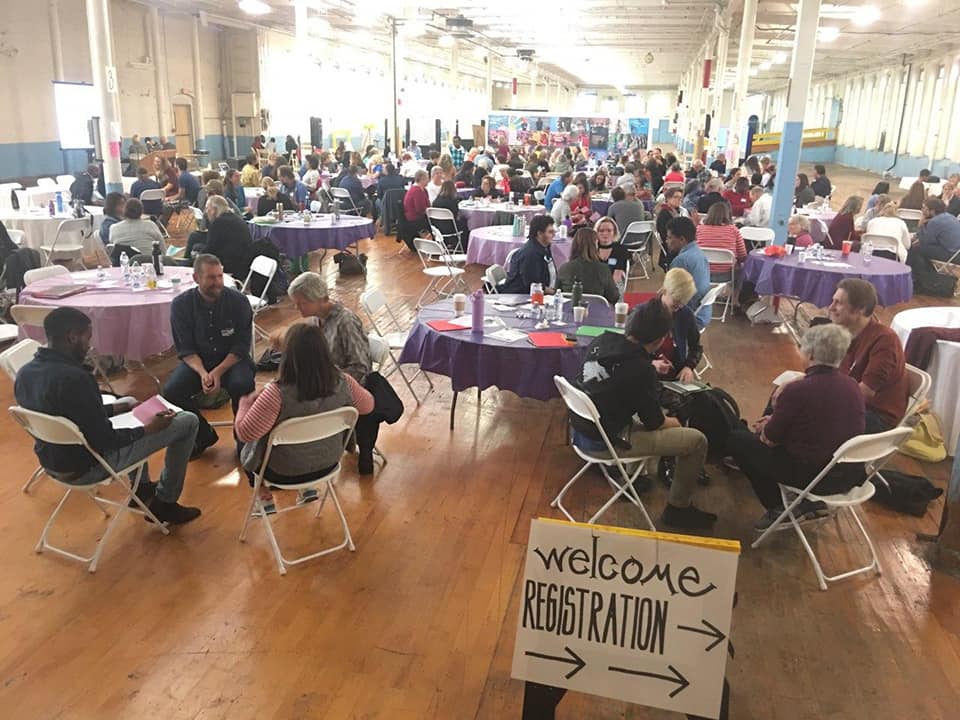 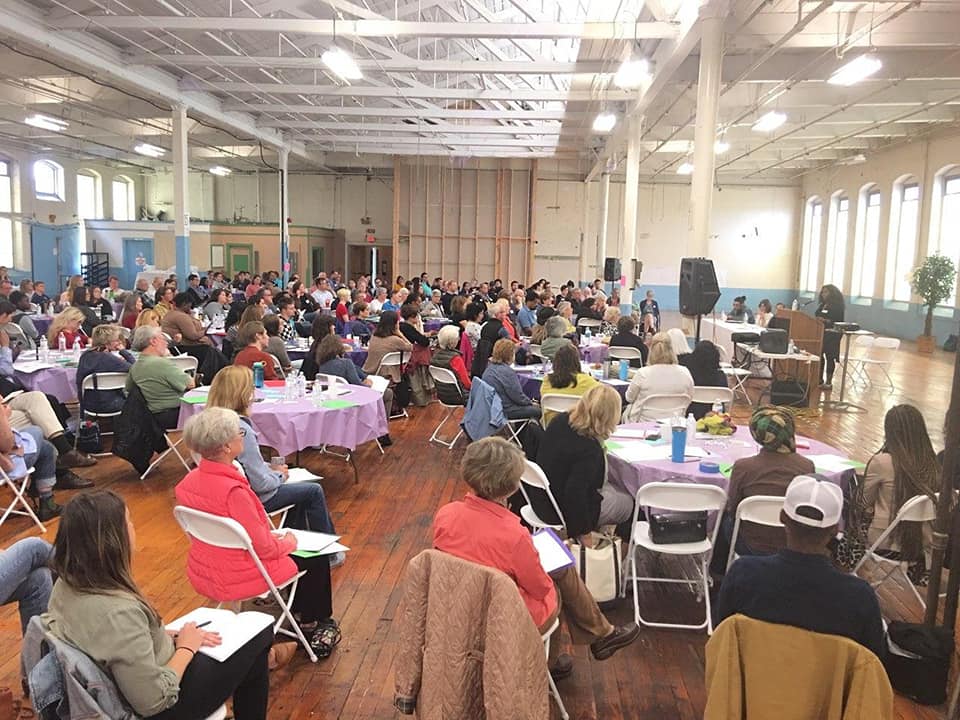