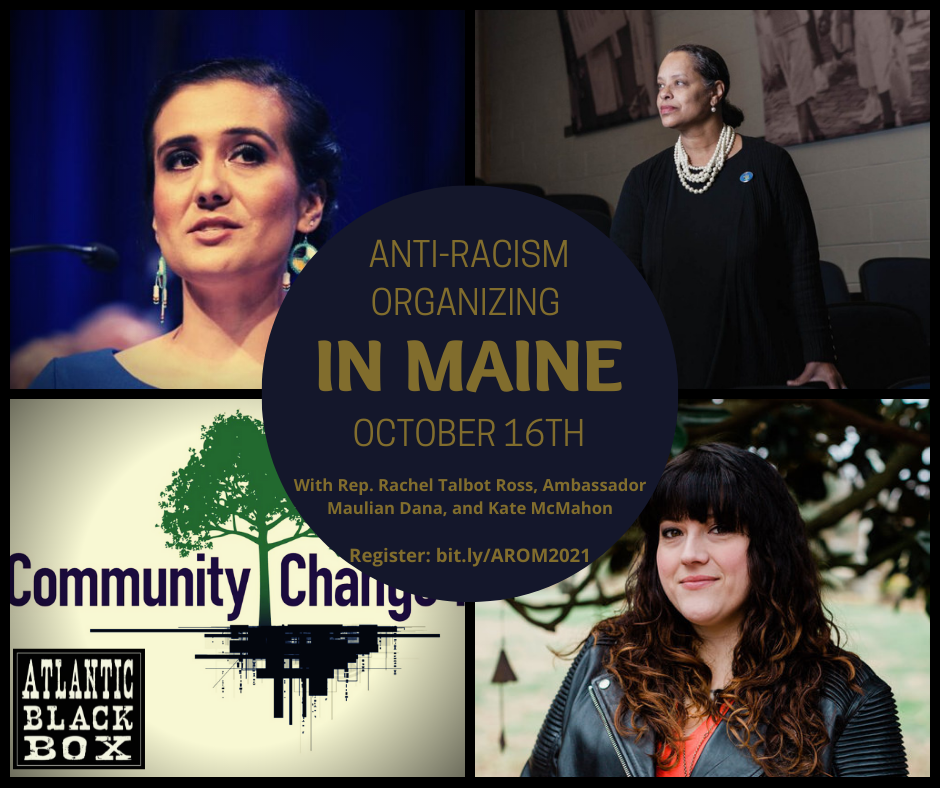 Community Change, Inc. invites you to come take part in a convening of organizers, activists, leaders, and educators committed to the movement for racial justice in Maine. This is a unique opportunity to deepen in regional anti-racist education, learn from frontline activists, and strengthen our community relationships towards more robust collective action.

*The ticket fees cover the costs associated with putting on the event, including virtual platform support and a small honorarium to all speakers, panelists, and artists. We are also asking those with the means to engage in class solidarity; by making an additional donation, above the ticket price to ensure that this gathering is available to all.

**No one will be turned away due to a lack of funds or be asked to volunteer. Contact Jake Fahey at jake@communitychangeinc.org for details on obtaining a comp ticket for the day.

Tribal Ambassador of the Penobscot Nation

Co-Chair of the Permanent Commission on the status of Indigenous, Ethic, and Maine Tribal Populations 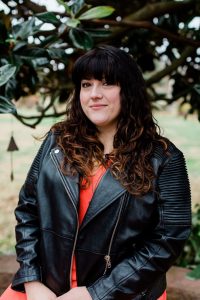 Museum Specialist at the National Museum of African American History & 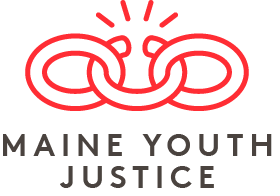 Maine Inside Out - a group led by formerly incarcerated people that activate individuals and communities to imagine and embody freedom through art, advocacy and support, and transformative justice 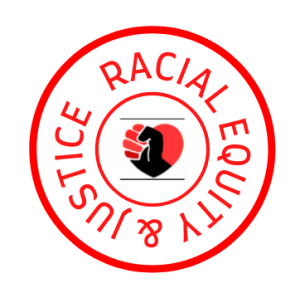 Racial Equity & Justice - a group providing support for all communities across the nation through consulting, education, advocacy, and solution-based action plans in order to better equip individuals, organizations, businesses, and institutions to tackle racial justice issues. 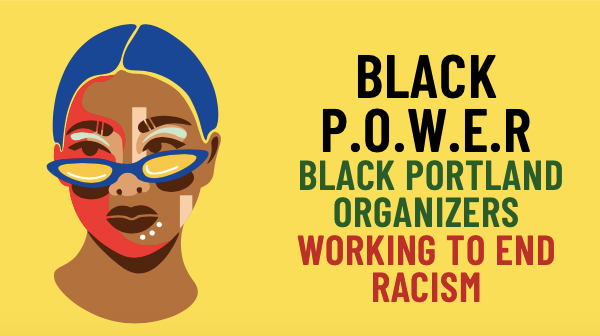 Rep. Rachel Talbot Ross is a ninth-generation Mainer who has dedicated her career to public service and social justice. In addition to serving as the City of Portland’s Director of Equal Opportunity and Multicultural Affairs for more than two decades, she led the NAACP in Maine and founded several nonprofit organizations, including Maine Black Community Development, Maine Freedom Trails and the Martin Luther King, Jr. Fellows. Rachel chaired the Maine State Advisory Committee to the U.S. Commission on Civil Rights as well as the African American Collection of Maine, housed at the University of Southern Maine.

Rachel is currently serving her third term in the Maine House, representing the Portland neighborhoods of Parkside, Bayside, East Bayside, Oakdale and the University of Southern Maine campus. She serves the Democratic caucus as assistant House majority leader and is the first and only Black woman elected to the Maine Legislature and to legislative leadership.

As a lawmaker, Rachel has worked extensively on justice reform and has shaped critical conversations about equity for all Mainers. She sponsored successful legislation to create Maine’s Permanent Commission on the Status of Racial, Indigenous and Tribal Populations (which she now co-chairs), and also secured passage of landmark bills to include racial impact analysis in the legislative process and expand tribal legal authority over domestic violence against Native Americans.

Rachel is the recipient of the University of New England’s Deborah Morton Award for exceptional civic leadership and the 2020 Gerda Haas Award for Excellence in Holocaust and Human Rights Education and Leadership. She was also named the 2020 Woman of the Year by Emerge Maine and received the 2021 Waynflete Klingenstein Alumni Award.

Kate McMahon is a Museum Specialist at the National Museum of African American History & Culture and leads research efforts at the Center for the Study of Global Slavery. She received her B.A. in Art History and M.A. in American and New England Studies from the University of Southern Maine. She completed her Ph.D. in History at Howard University in 2017. Her dissertation was entitled The Transnational Dimensions of Africans and African Americans in Northern New England, 1776-1865. Her current research explores New England’s connections to and complicity in the illegal slave trade and colonialism, 1809-1900. She is committed to exploring the living legacies of slavery and the slave trade in the present day and interpreting this history for a broad public through frequent public speaking engagements and scholarly production.

A native of Portland, Bob Greene is the eighth generation of his family to be born in Cumberland County. His roots in Maine stretch back into the 1700s. After graduating from Portland High, Bob went off to college and a career as a journalist, covering among other things airplane crashes, Mississippi River floods and the funeral of Dr. Martin Luther King Jr. He has met three presidents: Harry Truman, Lyndon Johnson and Robert Mugabe of Zimbabwe. And, as The Associated Press Tennis Writer, Bob traveled the world covering the sport. After retiring he returned home to Maine where his genealogical research has led to his deep knowledge about Maine’s Black history. He currently teaches a Black History of Maine course at OLLI (Osher Lifelong Learning Institute} at the University of Southern Maine. Bob also is the 2021 recipient of the Maine Historical Society’s Neal Allen Award, which is presented each year for exceptional contributions to Maine History.

Patricia Q. Wall has spent more than 45 years in educating the public about New England’s colonial history through museum work, research, writing, and extensive lecturing. Her research on early African American history in the Piscataqua River region of Maine and New Hampshire during the past 16 years inspired her to write two historical novels for young people: CHILD OUT OF PLACE (Fall Rose Books, Kittery, ME, 2004) - set in 18th century Portsmouth, NH, and its sequel, BEYOND FREEDOM (Fall Rose Books, Kittery, ME, 2010) - set in Boston’s 1812 black community on Beacon Hill. Following more years of intense research, Mrs. Wall wrote the non-fiction, LIVES OF CONSEQUENCE: Blacks In Early Kittery & Berwick in the Massachusetts Province of Maine (Portsmouth Marine Society Press, Portsmouth, NH 2017) which reveals extensive data on long-hidden truth about slave owners and the enslaved. In 2018 the Maine Historical Society recognized her unique contribution to the State’s history with the Neal W. Allen History Award. Mrs. Wall is a resident of Exeter, NH.

Claudia Sayre, J.D., is the leader of the project titled ‘Just History: Uncovering an Inclusive Story of the People of the Kennebunk Region.’ This project consists of a group of 17 citizen historians engaged in researching and revealing the history of Black, Indigenous, and People of Color in the region formerly known as Nampscoscoke. After receiving her B.A. in American History from Yale University, she practiced law in Manhattan and had a second career as a public school teacher in Newark, NJ. She is currently the Program Director of the Democratic Committee of the Kennebunks and Arundel.

Lisa Simpson Lutts came to the Castine Historical Society in November 2017 as the Executive Director. She holds a Bachelor’s degree in Art History from the University of Tennessee and a Master’s Degree in Art History and Museum Studies from George Washington University. She has over 30 years experience working in museums including historic house museums, art museums, and general history museums. Most recently, she was director of the New Hampshire Boat Museum (Wolfeboro, NH). Prior to that, she was director of the Museum Center at Five Points (Cleveland, TN) and the Director of External Affairs at Fort Ticonderoga (Ticonderoga, NY).

Mars is a Co-Director and one of the founders of Black P.O.W.E.R. They manage organizational administration, grant writing, and creating diversity and equity workshops. Mars comes by way of a strong activist community in the Midwest and Brooklyn and has been in the organizing space working with empowering young people since 2015. They have spent the last ten years working going back and forth between non-profit project management, being a postpartum doula for low-income birthing people, and working as a caregiver for people with disabilities. Mars is deeply passionate about herbalism and environmental equity, organizing with the LGBTQIA2s+ community, and showing off photos of their three cats and dog (who are all named after foods).

Mariana is a Co-Director and one of the founders of Black P.O.W.E.R. She manages community engagement, fundraising, and youth mentorship. Mariana was born and raised in Portland, Maine, and identifies as a community organizer and proud member of the South Sudanese community. While Mariana was a student at USM, she organized direct actions on campus and created student support and activist groups for Black and brown students. The groups that Mariana helped create inspired change throughout campus by: writing the first honor code for USM (a list of demands that has resulted in hiring more Black and brown professors), planning a first of its kind social justice summit, and crafting accountability processes for faculty members. She has also worked with youth to initiate dialogues on mental health, substance abuse, and healthy relationships between adolescents and parental figures. Mariana can be found in her spare time binge-watching Love Island UK, playing with her nieces and nephews, and eating her mom’s homemade South Sudanese food.

What is Anti-Racism Organizing in Maine (AROM)?

The AROM gathering is an extension of the Antiracism Organizing in the Suburbs (AROS) Project.

While we focus on addressing the fact that racism in this country is a “white problem,” ALL ARE WELCOME to this event, as we need each one of us to build a more liberated nation.

The intention of this event is to move members of predominantly white communities deeper into antiracism organizing. It is our belief that white people are in a unique position to confront and leverage power due to their proximity to power and privilege. Thus, while working toward the upliftment and liberation of BIPOC, white people need to be working together to shift white supremacy culture and institutional racism embedded within society. It is our stance at Community Change Inc. (CCI) that it is not enough for white people to work with people of color and allow them to lead. It is imperative that white folx gain the skills and comfort to work in their own communities; this is a crucial element to bringing about transformative change across systems, and throughout the dominant culture. White people must acknowledge and understand the historic role of radical white anti-racist organizers in their history to build on a lineage of accomplices to a multi-racial struggle for freedom. 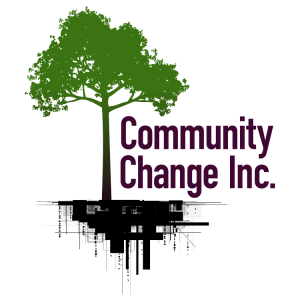 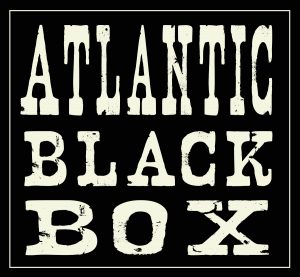 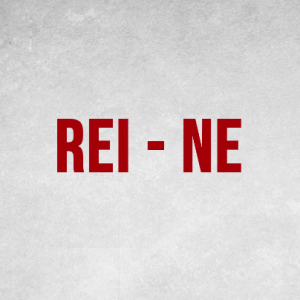 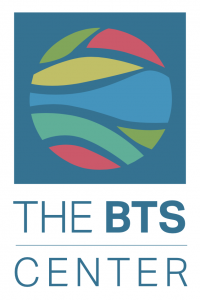 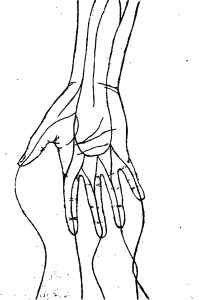